Due to COVID-19 restrictions, the farmers witnessed great disruptions. Several migrants returned home and were unsure as to how they would earn to fulfil their everyday basic requirements. In addition to this, the agriculture project faced many adversities due to damage done by strong winds in SMCD (Salt Marine and Chemical Division) area during cyclone Tauktae. The farmers also had to face problems due to the delayed monsoon. Gradually, they settled down and many of them started farming in the lands they owned. The teams from The Foundation Trust extended their support to such farmers in every possible way. They inspected their land and gave insights into the farming options. Farming kits, seeds etc. were also distributed to initiate the farming process.

In quarter 2, the team started a new project of promoting horticulture in Sutrapada and SMCD area. Total 38,731 saplings were distributed to 1434 farmers that covered 184 hectares of area. Special emphasis was given on the processes, which add value to the primary agricultural production system.  Field visits and interaction sessions were also organised for the farmers. 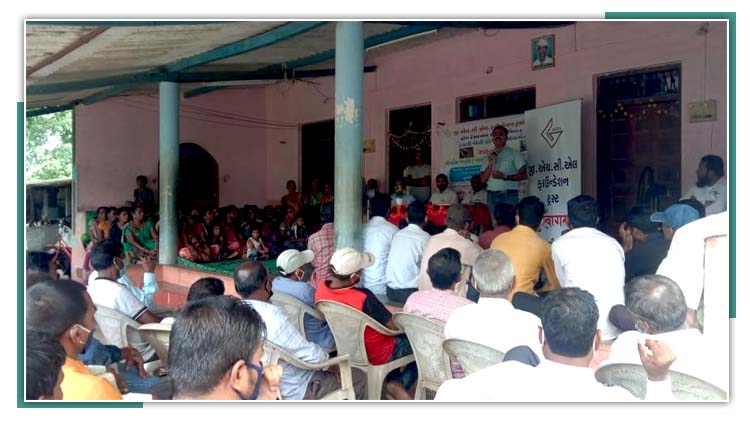 Better understanding of the agriculture practices significantly improves awareness levels among the farmers.

GHCL Foundation Trust organised  awareness session for farmers to share insights on new practices, technology, organic farming concepts and various schemes introduced by The Foundation Trust. The meeting was conducted at village Bonpada (Sarigam) where 200+ farmers participated in the session.

Similar awareness sessions were organised for women farmers at village Fansa where more that 160 women farmers participated in the session. 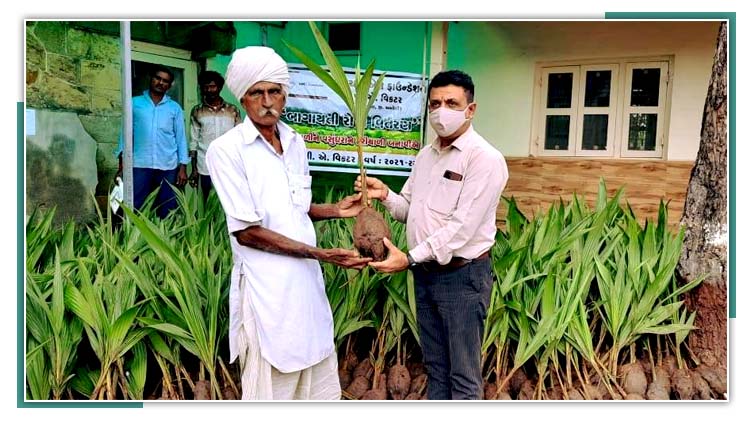 To promote horticulture and support the earnings of farmers, GHCL Foundation Trust distributed more than 5000 saplings to farmers from the villages near Bhavnagar and Amreli District, Gujarat. Such an initiative helps ensure a continuous flow of income for farmers.